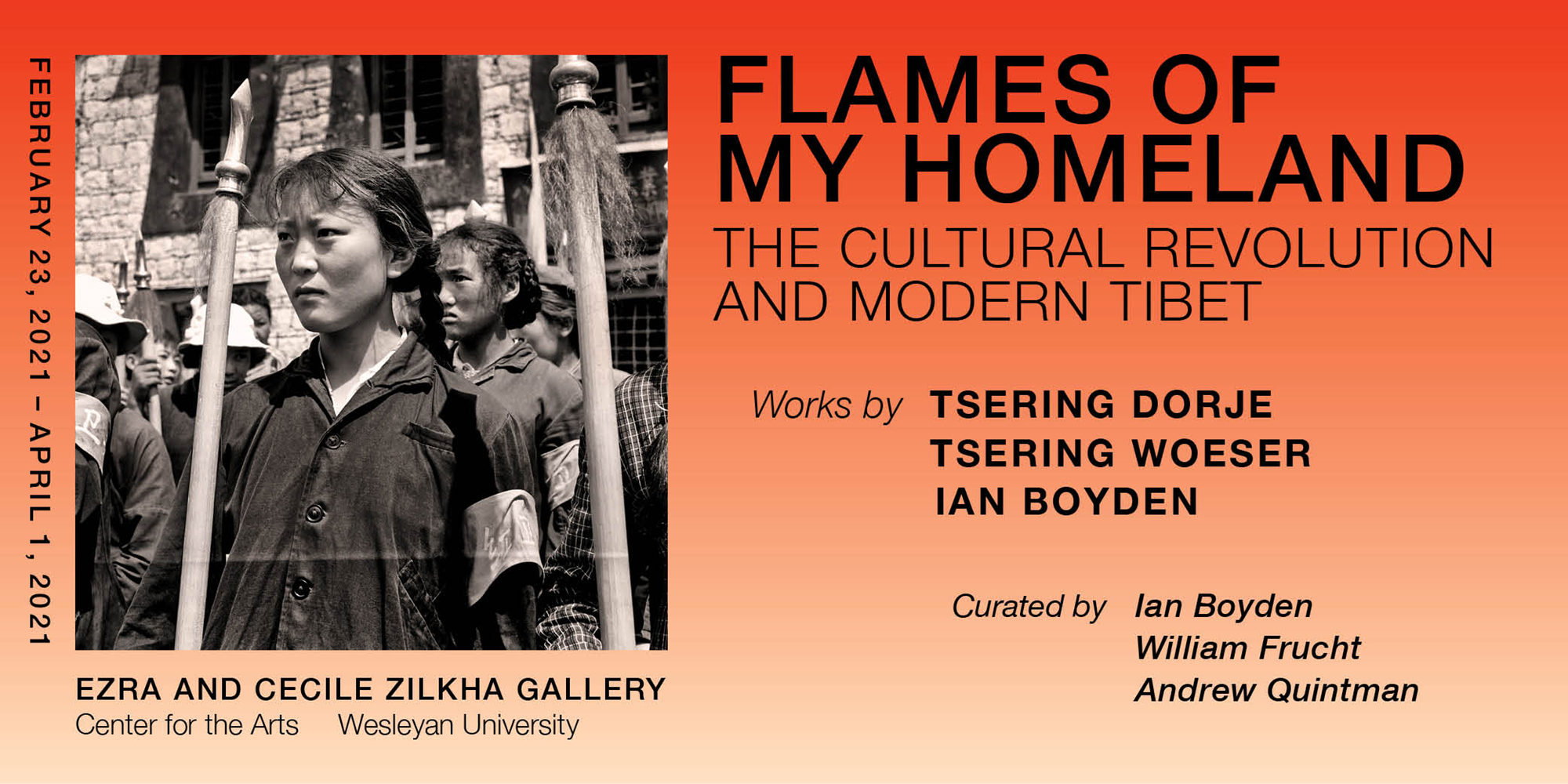 Flames of My Homeland

FLAMES OF MY HOMELAND:
THE CULTURAL REVOLUTION AND MODERN TIBET

LINK to the virtual exhibition: https://flamesofmyhomeland.org/

The works of Tsering Dorje and Tsering Woeser, father and daughter, document the ravages of Tibetan society brought by the Cultural Revolution and their ongoing effects in Lhasa today. Tsering Dorje (1937–1991), a native Tibetan, served as an officer in the People’s Liberation Army. His black and white photographs provide a rare visual record of the violence perpetrated in Tibet during a period of book burnings, political rallies, and public struggle sessions. His daughter, widely known by the single name Woeser, is a poet, essayist, and photographer, and is a leading Tibetan public intellectual in China whose work ranges from political criticism to reflections on Buddhist belief and practice, and the challenges of inhabiting both Chinese and Tibetan cultural worlds. Together, Tsering Dorje and Woeser are among the most important contributors to our understanding of Tibetan religion, history, and culture in the Mao and post-Mao eras.

The exhibition Flames of My Homeland brings together for the first time the work of this extraordinary father and daughter to highlight their contributions to Tibetan visual and literary culture, reveal new forms of Tibetan self-representation, and explore the complex interplay of artistic, political, and religious expression in contemporary China. The exhibition incorporates photographs by Tsering Dorje and Woeser, and a set of original collaborative works by Woeser and Ian Boyden ’95, featuring multimedia installations including Woeser’s poetry in her own voice, and the video The Birds Might Not Come. Boyden is a visual artist, poet, and translator who is completing an English translation of Woeser’s collected poems. A dedicated website for the exhibition, launching during the run of the exhibition, will feature additional images, text, poetry, and online events.