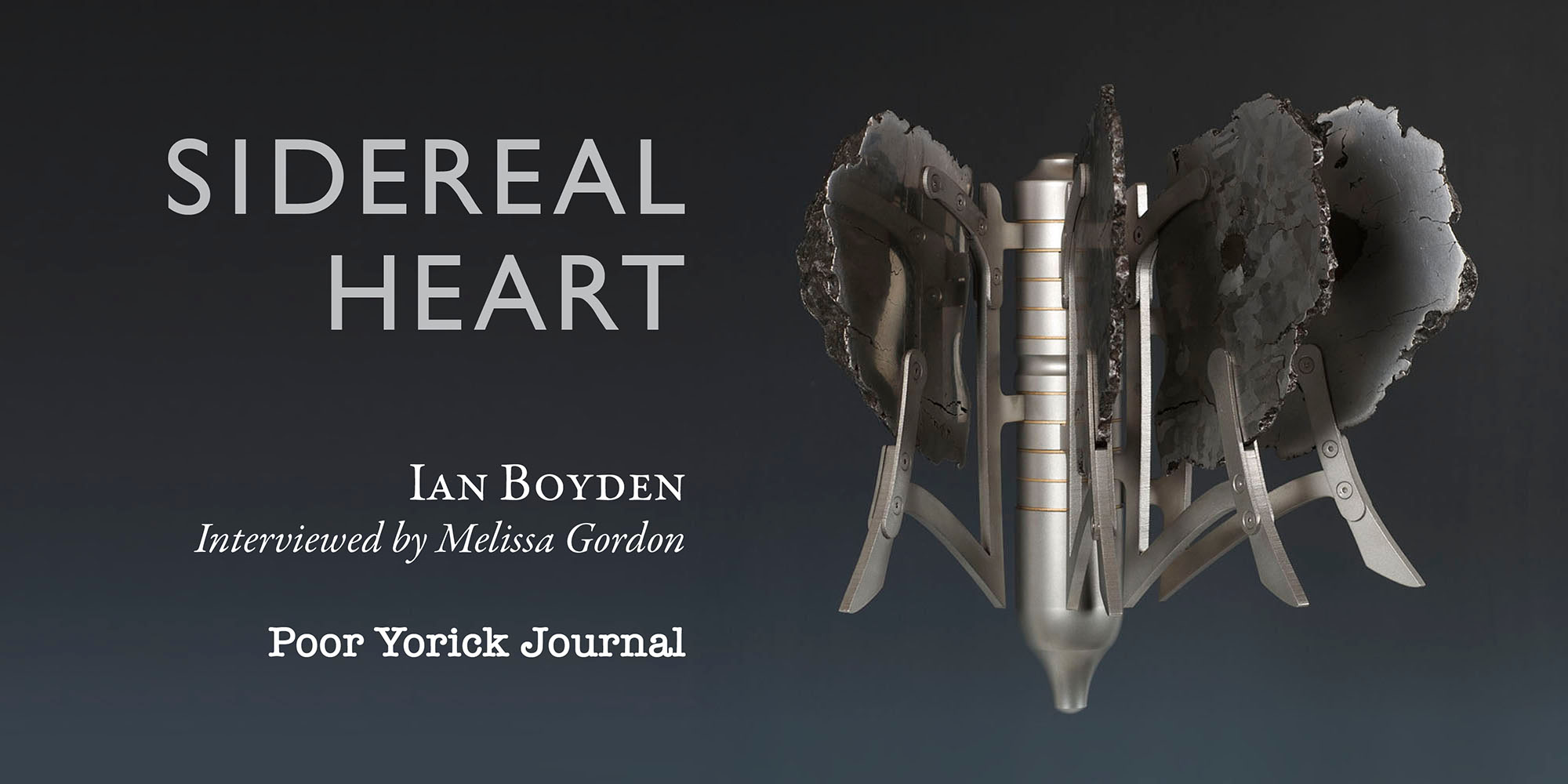 I'm delighted to have an interview featured in the new online journal Poor Yorick: A Journal of Rediscovered Objects. Their mission: to bring back into light the skeletons hidden in our cultural closets. The interview was conducted by the journal's editor, Melissa Gordon. She asked a bunch of great questions and I had a good time talking with her. Among other things, I discuss my meteorite books from an ecological perspective, especially Sidereal Heart. You can READ the interview HERE. Here's an excerpt:

But that's not really what you asked. Arthur Ross Hall was where the inspiration occurred. But how to describe the inspiration itself? This is difficult. From a very early age, I have been attracted to written forms of a variety of languages—Akkadian, Mayan, Egyptian, Chinese, you name it. And I like it even more when it is old—engraved on ancient stele, cast into bronze, written on scraps of papyrus. When I look at these texts, a feeling of wonder washes over me. Part of me wants to know what a given text says. But another part, a bigger part, wants to remain with not-knowing. I have puzzled for years about why I would rather remain in not-knowing. Not-knowing allows these pieces to function as rather pure conduits to meaning, or, better yet, non-meaning. Words rise and wither, but meaning does not. Or, perhaps, not-knowing allows me to remain with something else, and that is the act of attending to details, to subtle traces of the hand that appear to have the capacity to evoke the mind. I love these objects because they evoke a long history of minds, very distant from my own, that share similar appreciations. To describe the inspiration may, in fact, be describing the evolving texture of this experience.

Present in the Heart—念念 Commemoration
Conversation with Ai Weiwei about "念念—Commemoration"
What Rises From Remains
In Search of the Ink Immortal
An Interview with Ian Boyden by Bai Qianshen, Zhang Ping, Hua Rende