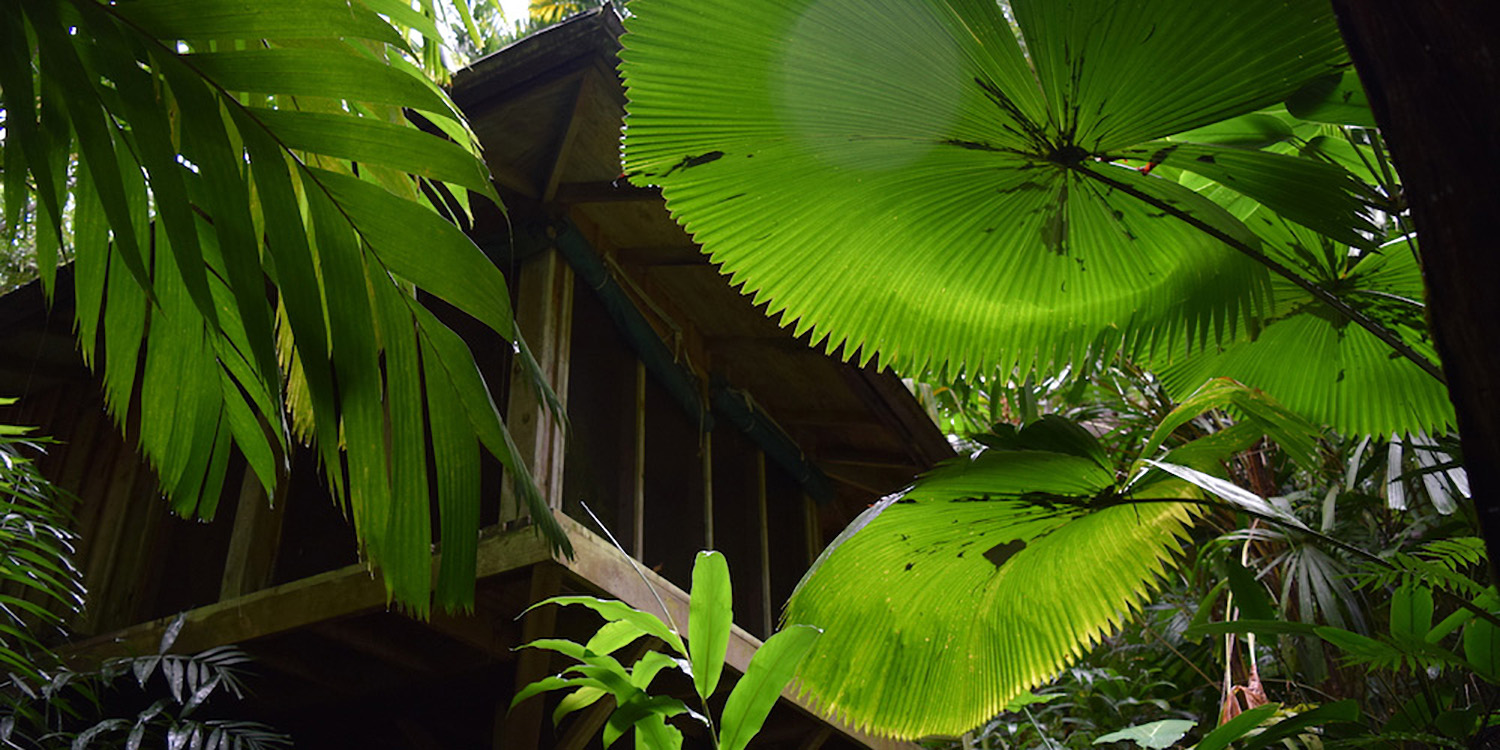 On the anniversary of the death of W.S. Merwin

The Licuala peltata Merwin planted next to his zendo. Photograph courtesy of Sara Tekula for The Merwin Conservancy.

On the anniversary of the death of W.S. Merwin

Every year, I await the day when the frogs awake from their winter slumber and start singing. Last year, that day was March 15. It was raining. I was battling the flu. That morning I wrapped myself in a blanket and, lying on the couch, immersed myself in W. S. Merwin’s translation of the opening poem of Fourth Vertical Poetry, written by the Argentine poet Roberto Juarroz.

A hand that draws nothing
wanders among the drawings
and at times moves one of them.
For example:
a bird of life
occupies death’s nest
on the tree that life drew.

Other times
the hand that draws nothing
blots out one drawing of the series.
For example:
the tree of death
holds the nest of death,
but there’s no bird in it.

Or life’s tree
holds two nests
with only one bird in them.

I set the book down and closed my eyes. Two forests. Two trees. Two birds. Two nests. I saw the poem as an exquisite response to Hakuin’s kōan: What is the sound of a single hand? The phone rang. It was a friend in Hawai‘i calling to tell me Merwin had died peacefully in his home in Haiku earlier that morning.

My grief tried to take the shape of a nest, to hold Merwin in the stillness of sitting. But I was thick with fever, and it felt like I was on a ship rolling over slowly undulating water. It was hard to hold his death such that my heart would accept it. The news of his death felt like a seed pod covered with spines. How to hold such a thing? I tried to imagine Merwin changing state, I thought of the sound of rain hitting the leaves of the palms in his garden, of it pouring off the giant, serrated leaves of the fan palm (Licuala peltata) outside his zendō. I thought of him sitting there—rain, shelter, Merwin all a singularity—how the sound of rain waters the roots of mind. A bowl, a clay pitcher, a spider’s web. Summer light in a Mirabelle plum. Figures disappearing in the shadow of an oak tree. So much of his life and practice was about holding and letting go. And then the fever became too great. I slept. My dreams, a tangle. The fever rising and falling. And then something pulled me from my dreams and into late afternoon light.

The frogs had started singing. I stepped out on the porch and into a world saturated with their song. In their song, I heard Merwin’s song. He was dispersing across our world, the flash of his passing had arrived and awoken the frogs from their winter slumber. And for an evening, he sang to me as a pond ringed with frogs. The tears that had refused to fall that morning broke free. A river takes a mountain, a mountain takes a cloud. I saw then Merwin as a forest who had taken the form of a human. I saw each of Merwin’s poems as a tree. Each tree composed letterforms, jewels suspended from Indra’s net, language that refused to strangle what it grew around. I understood Merwin as a living forest that is also poem and voice and bird and the planting of a single seed and the never-ending clarification of cause and effect. Just as the old man in Baizhang’s koan was released from the body of a fox, Merwin was released from his human body.

Much love to you, dear teacher.

The axe cut both the tree
and the tree’s shadow,
month after month,
his name worn smooth
by his own hands.

Near the end of the season,
he searched the trees,
each branch,
to see if they held a new handle,
and he carried away their shadows.

He turned the shadows in his hands,
felt their weight, listened to their ringing,
until he found the one that felt right,
and from it carved a new handle,
holding the model
in his own hand as he carved.

New trees sprouting
where the shadows had fallen,
illuminated without words
in the standing sun.