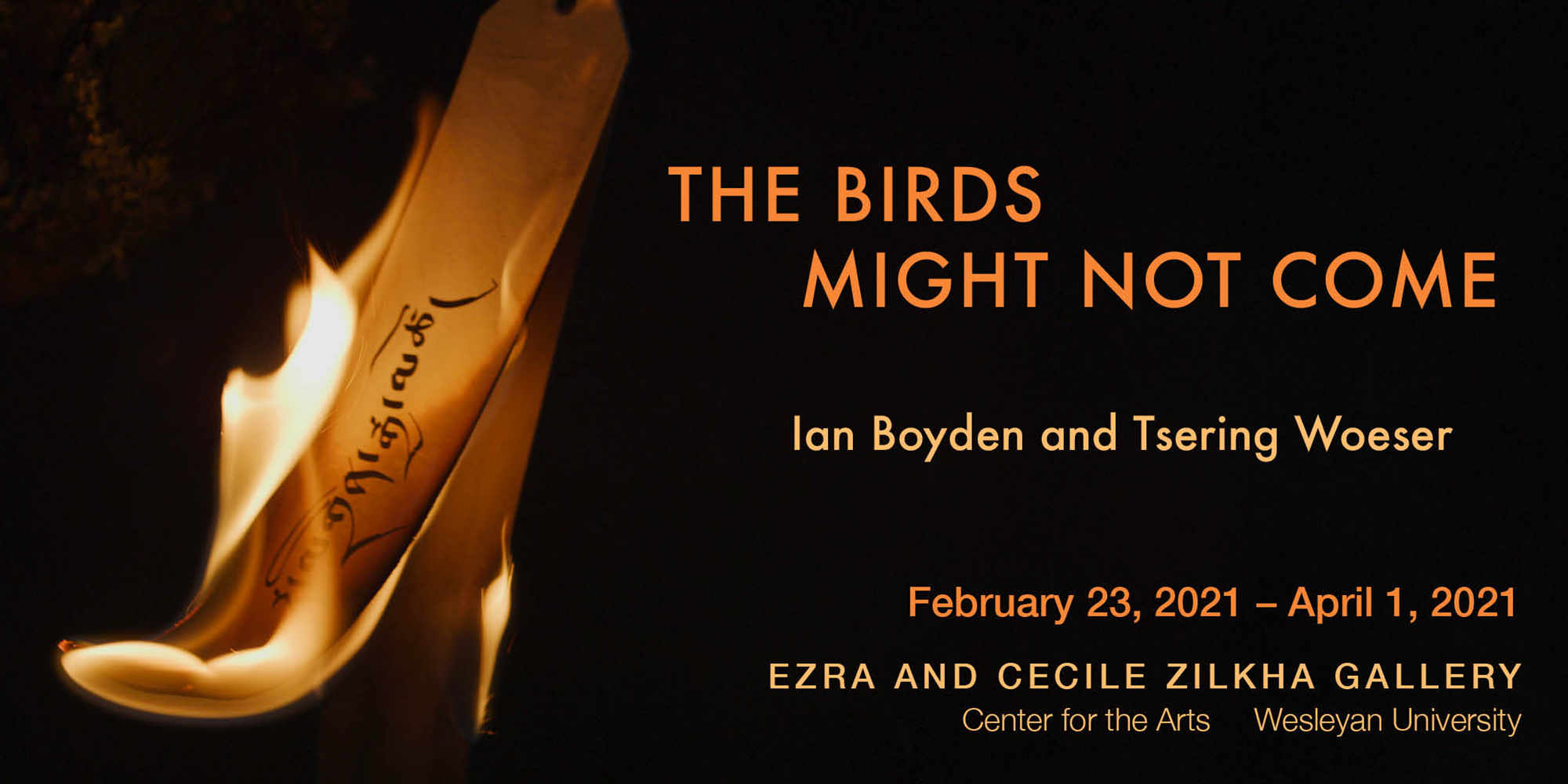 Much of my work in recent years has dealt with names, specifically the names of people whose deaths have been wrapped up in the machinations of state power. In this film, I extended this project to contemplate the names of Tibetans who self-immolated in protest to the cultural genocide of Tibet at the hands of the Chinese. Woeser has meticulously documented every self-immolation in Tibet since 2009, and is one of the foremost authorities on the subject. A prominent aspect of Tibetan visual culture is what is known as the sokshing, or life-force tree. Images of these trees appear on thangkas and temple walls and their branches are often filled with groups of people, the image thus being a representation of a spiritual lineage. In one of my conversations with Woeser, I suggested that when the first Tibetan set himself on fire, he started a new sokshing—the life-force tree of self-immolators. In this film, you will see me create this life-force tree, hanging the names of the self-immolators in the branches. And you will hear Woeser recite the names of the 165 Tibetans who have set themselves on fire. Since this film was made, another self-immolation was reported from 2015, bringing the confirmed number to 166. We invite you to listen to their names. Say them yourself, if so moved.