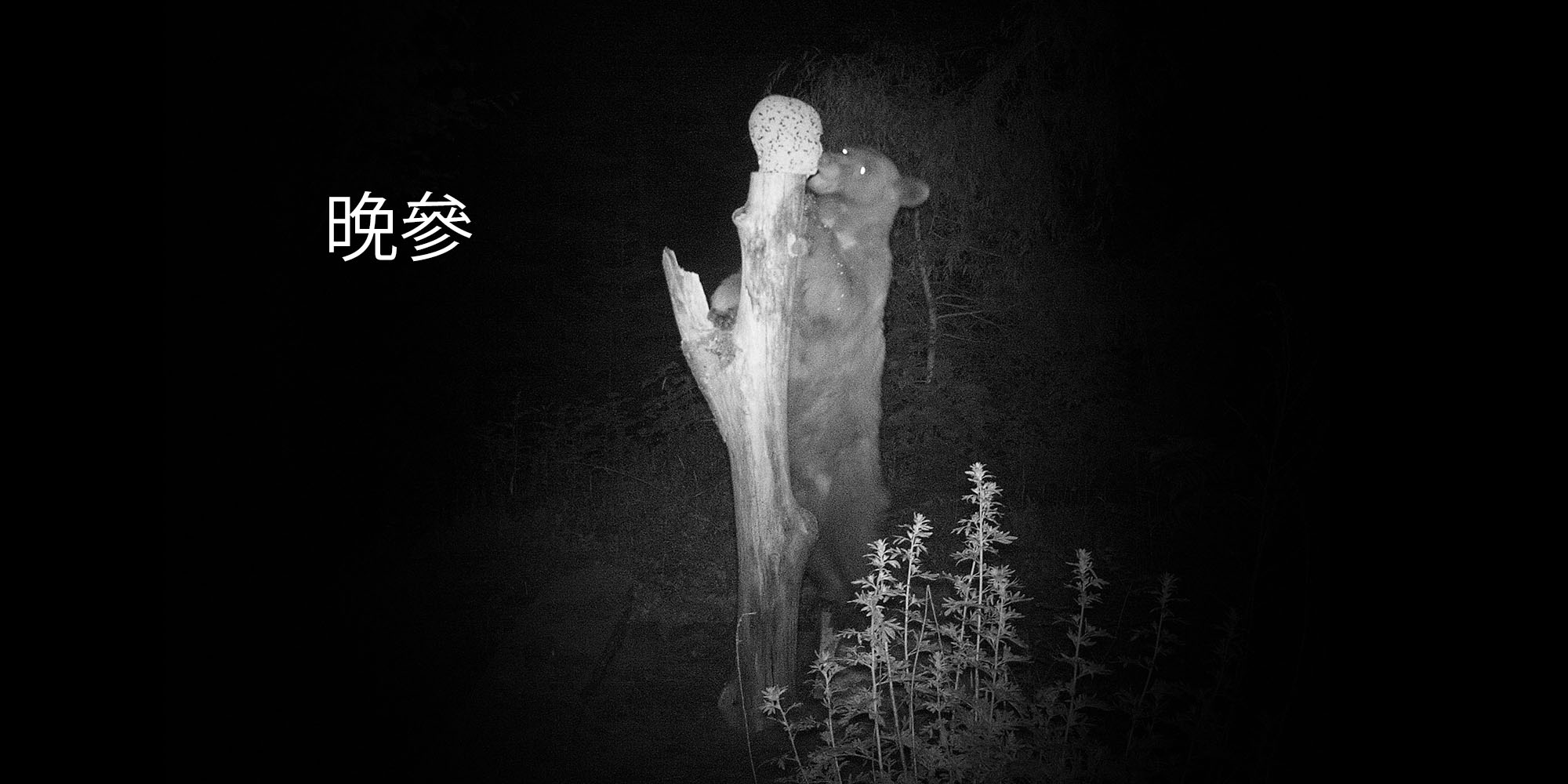 "Evening Gathering" is a video of a black bear eating a replica of my head cast out of bird seed, marshmallows, and dried fish. The photographs were taken in the summer of 2011 using an infrared camera with a motion detector. The "evening gathering" was a Chan tradition of meeting for discussion with a master. Linji Yixuan is an immensely important figure in the history of Chan (Zen) Buddhism. This is a silent movie, but the rhythm of the image sequence roughly follows the opening lines of Mozart's "Eine kleine Nachtmusik." The video was debuted at the Suzhou Museum, Suzhou, China in July 2012 as part of the exhibition "Flowing Movement: The Material Imagination of Ian Boyden." It was part of a larger video installation called "Immortal Feast."

Manifold
An Installation at the Jia Yuan Studio, Suzhou, China