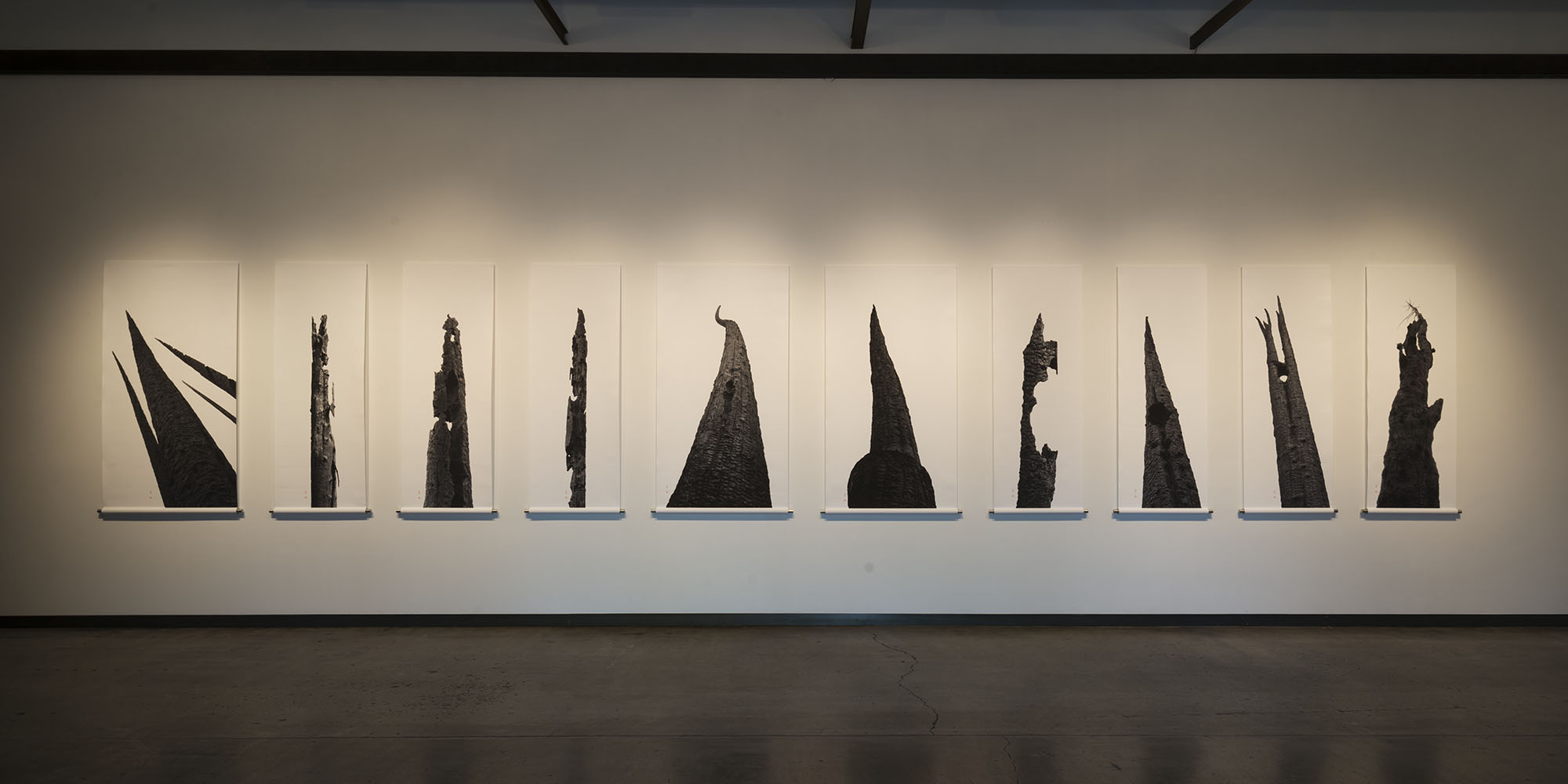 Anderson Foundation for the Arts

Nirvana presents three monumental works that reflect my recent ecological explorations, in particular our relationship to carbon. The title work of the exhibition, Nirvana, is an installation of carbon-based photographs of the charred remains of the Tripod Complex Fire that consumed 180,000 acres of forest in north-central Washington in 2006. The second work, Amorphous, is a single monumental painting five years in the making—a field of elemental carbon. The primary pigment used in Amorphous is amorphous carbon gathered from the Tripod Complex Fire, as well as soot from the chimney of his house, the smoke of ancient Chinese pine trees, and the dust of carbonaceous meteorites older than our sun. The third work, Dire Human, presents a wall of self-portraits facing the single skull of a dire wolf. The dire wolf went extinct at the end of the Pleistocene, roughly 10,000 years ago. Its remains have been primarily found in the La Brea tar pits, where the wolves became trapped in the pools of sticky asphaltum bubbling up from deep within the ground. Unable to free themselves from the tenacious grasp of petroleum, they died, their bones preserved in the carbonaceous liquid. These extinct wolves can be understood as a symbol of our own inability to extricate ourselves from oil dependency.

Ian Boyden discussing the carbon density of The Nirvana Scrolls

Half of The Nirvana Scrolls to the left; and Amorphous to the right.

A Virtual Tour of “Ai Weiwei: Fault Line”
Ian Boyden interviewed by Michael Richardson
Palm: All Awake in the Darkness
Sayler / Morris and Ian Boyden to open “Palm: All Awake in the Darkness” at the American Writers Museum
Amorphous
The paintings explore a wondrous variety of stories of carbon—from the element's birth in super-giant stars to inhabiting the breath of forests—allowing these stories to unfold as dynamic compositions.