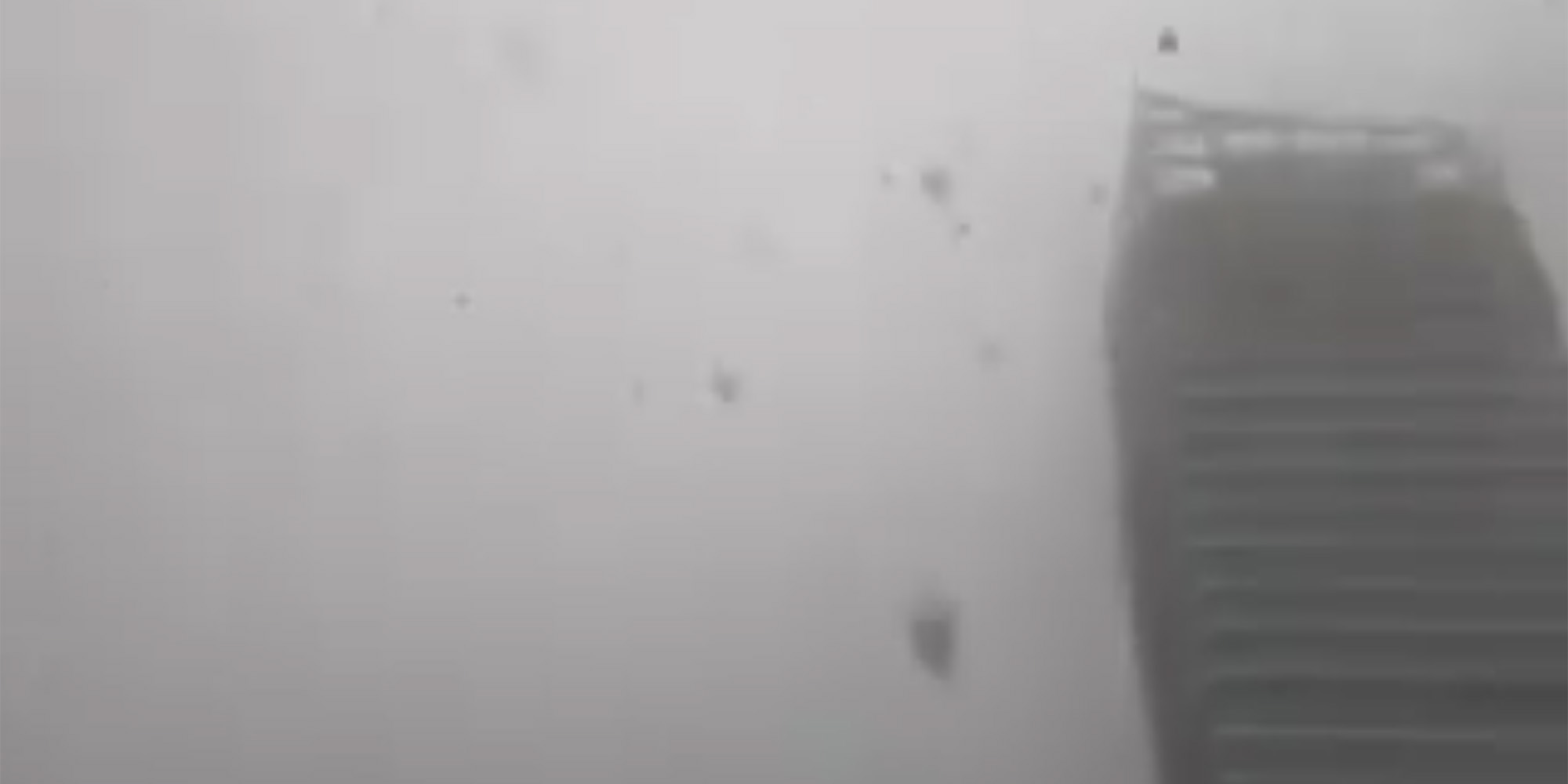 But It Was This Time and This Place

Video still of the blizzard as seen from Woeser's apartment referenced in this poem.

But It Was This Time and This Place

I thought I had been through every type of circumstance

but I never expected

I would imprison myself for so long

for so long. Yesterday the haze was thick outside my window

The day before yesterday a blizzard

I look down from my upper story apartment

I look to the left, to the right

Of course, it’s not just me who has confined myself

This world that has suddenly revealed its true form

Even the devil is powerless

and before I used to think it was all imaginary

For example, I thought Kṣitigarbha’s descriptions of hell [1]

were only to enlighten sentient beings, but it turns out they were of this time

and this place. What I thought before was simple falsehood

“Give me your hand for a time. Hold on

to mine…. Squeeze hard. Time was we

[1] Kṣitigarbha is one of the primary Boddhisattva’s of East Asian Buddhism, and made a vow to not to become a Buddha until all hells have been emptied. His descriptions of hell are particularly vivid.

[2] “Through the Boughs” by Raymond Carver, in All of Us: The Collected Poems. In this poem the phrase “Time was” is the cry of birds