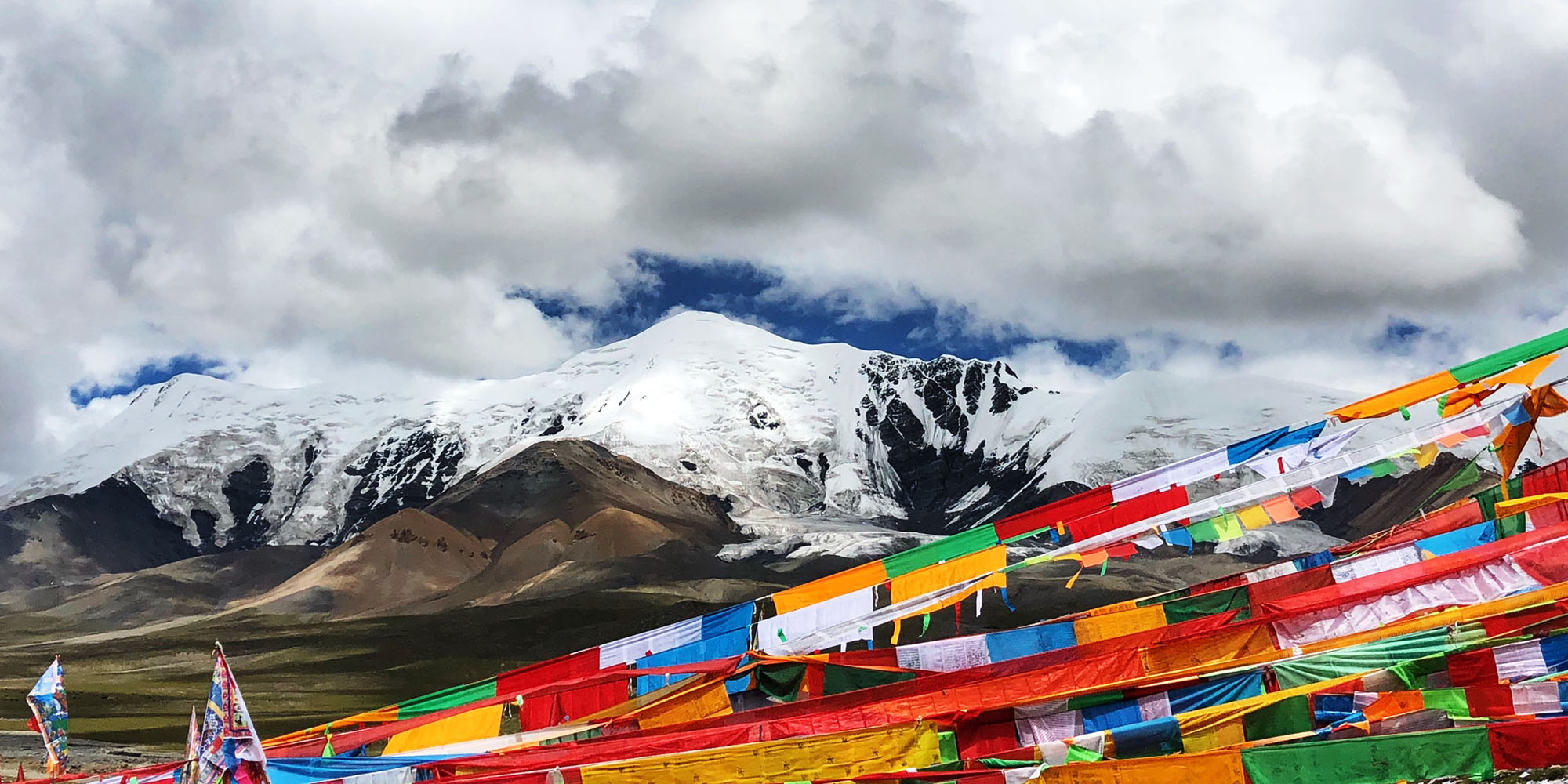 Photograph of prayer flags along the pilgrimage around Anme Machin, Tibet. Photograph by Woeser, August 16, 2018.

This poem first appeared on Invisible Tibet on January 29, 2019

he’s been gone from this world.

Or I’ve intentionally ignored it

as if he were still alive,

as if we were still able find each other,

It was always he who showed more respect.

From the mountain peak buried in snow,

a bearded vulture soars over me—

there is no place better than here.

I pull forth what I have held close to my heart,

these prayer flags I brought from Lhasa

and with deep reverence hang them

as a memorial to our private friendship,

and because of an article[1]

he wrote six years ago in which he states:

“It is necessary to make every attempt

to see that as many of those who perished

are known as people, not as mere statistics.

To do otherwise would indeed be

to allow mass murderers to shape

of the third A-brtan incarnation

being massacred at the Lab-dong Monastery.

The incarnation’s name was

he did much to propagate the dharma,

and gathered a considerable following.

there was nothing more. He was dead.”

I write Elliot Sperling’s name on one of the flags.

On another flag, I write these words,

They hang together, suspended

in overlapping strings of flags.

to the sacred mountain Amne Machin

which stands beneath the scorching sun.

August 16, 2018, written while on pilgrimage around the sacred mountain Amne Machin.