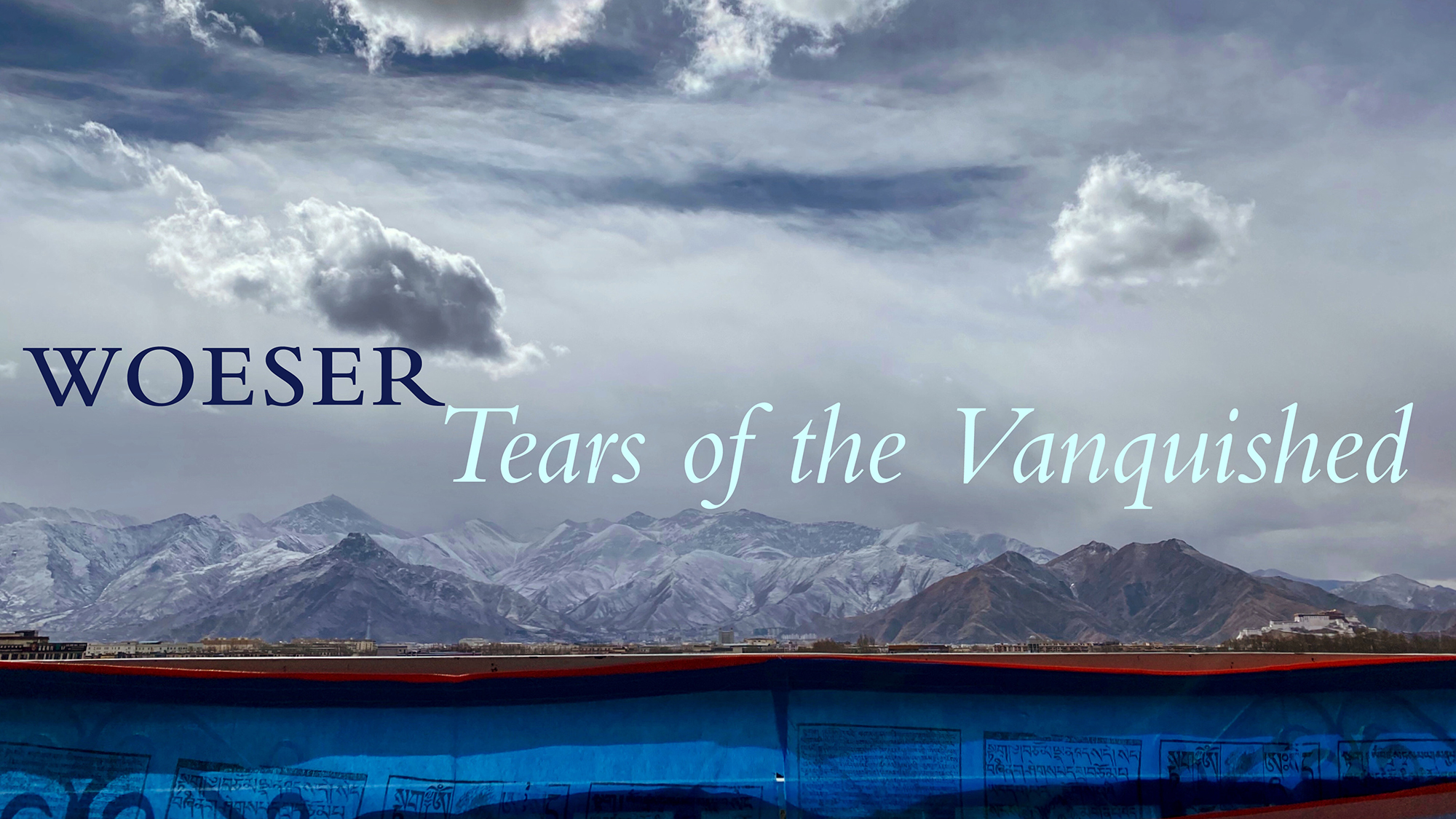 Tears of the Vanquished

Tears of the Vanquished

I stand at dusk, holding back tears

as the clouds gather and fill with color,

knowing they’ll fade as the veil of night falls.

And, just as it did before the invasion,

the dome of heaven burns a profound blue,

and, just as they did before the occupation,

the clouds float, some big, others small,

some scattered, others piled thick.

The eight mountains that ring Lhasa

are likened to the eight petals of a lotus [1],

and one by one, except for the one

they begin to bloom.

I will never tire of gazing

at their eternal nature.

I’m unwilling to lower my eyes

and sink into a world

that is more and more a foreign land.

cage-like in a gray haste.

Row by row, the yellow cranes

pivot slowly among the high-rises.

I choose to ignore them all,

the realm of my eyes to settle

on the structure of the Phodrang Potala.

From where I am, I cannot see

its tapestry of old windows,

nor the red flag with five stars.

I lift my eyes once again

to the backdrop of mountains

and then once again to the sky

swirling with colorful clouds and mist.

no need to bother the gods

about choosing or not choosing,

and meditate quietly and digest

the truths of impermanence alone.

Darkness hides the ugliness and pain,

at times a dog barks,

it seems there is no way

that what’s before me

belongs to one of the four kalpas—

not that of formation, nor of existence,

not of destruction, nor of emptiness [2].

It is essential that I see this clearly,

for I cannot live with the nostalgia

of my own wishful thinking.

Rejoice in the great Phodrang

by the wild ambitions of the world.

59 years ago, when the young Dalai Lama

wandered from the Sunshine Apartments [3],

so intimate and thoroughly of this place.

And has this memory appeared to him again,

mixing with his dreams while in exile?

In these glowing clouds, I see

all those who practice emptiness

slowly gathering with veneration and respect.

And I can only press my hands together in prayer

and shed tears of the vanquished.

[1] In the Tibetan classics, the mountains around Lhasa are described as an “eight-petalled lotus.” These lines were inspired by the  lyrics of a ballad “The sky is an eight-spoked auspicious wheel / The earth is a blooming eight-petaled lotus.” —TW

[2] In the Buddhist conception of time, each eaon is broken into four temporal units called kalpas, each of the four is characterized by a dominant form of change in the world—formation, existence, destruction, and emptiness.—TW

[3] Sunshine Apartments: On the east side of the Potala Palace is the seven-storied white house, and the highest story holds what are known as the Eastern and Western Sunshine Apartments, which were the residence of His Holiness the Dalai Lama. —TW