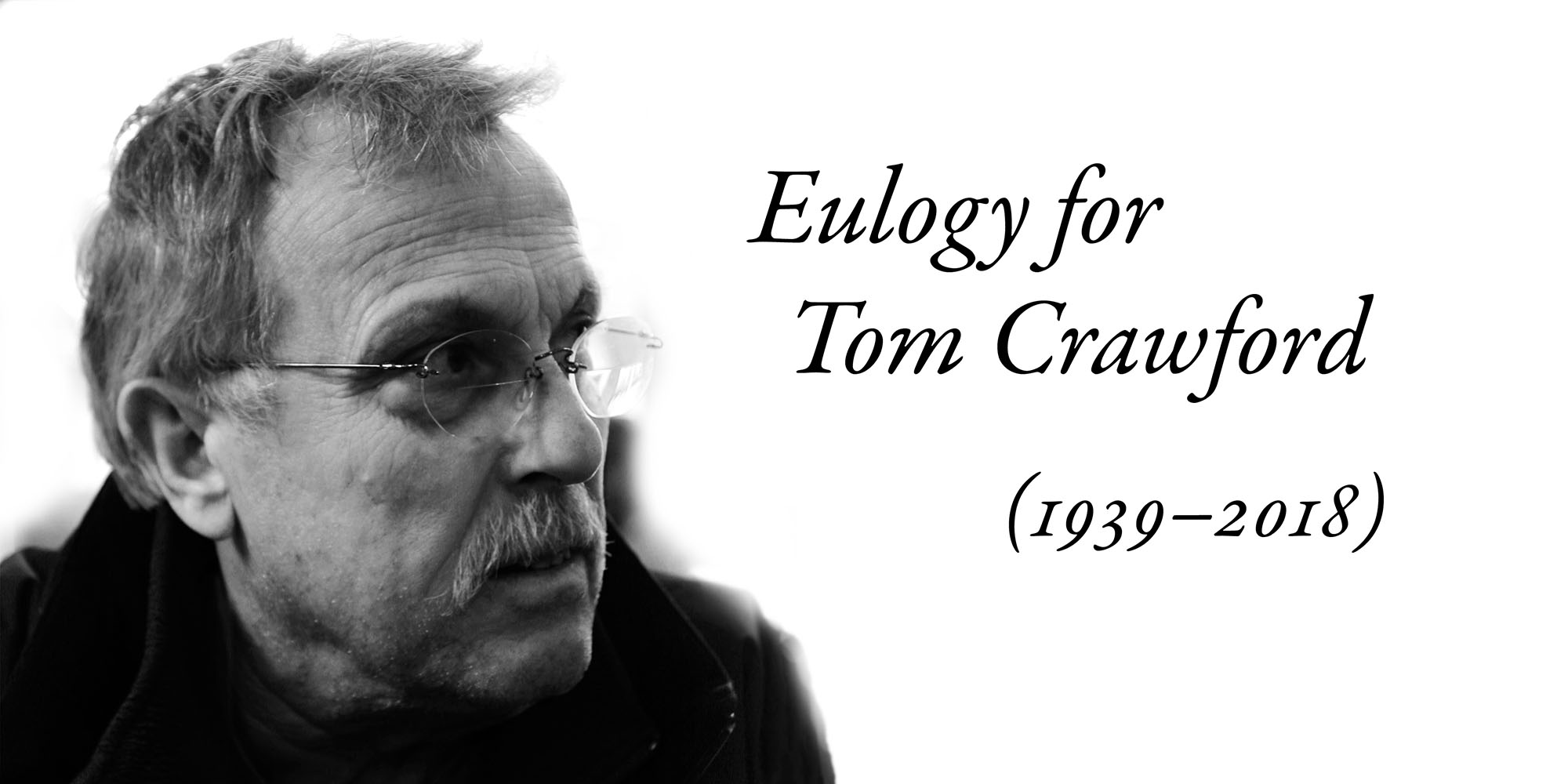 I would like to make an observation about interdependency. When we lose someone dear to us, it often comes with a flash of clarity about how that person shaped our life, how truly interdependent we all are, on levels that are utterly mystical and sublime.

I grew up on the Oregon coast in the 1970s and 80s in the aftermath of the full-scale destruction of giant forests by the logging industry—forests that had stood there for millennia, composed of spruce, fir, and cedar trees that measured 3-4 meters in diameter, 100 meters tall. They were all destroyed in less than 100 years. And in that same time period, the native cultures and languages of this area were also annihilated. I grew up in a landscape of stumps. The physical destruction of these forests did not stop at the edge of the clear cuts. It extended into the communities, permeated all of our relationships, and that incredible environmental and cultural violence profoundly shaped the conditions our hearts grew in. There were very few people who could help me navigate this destruction.

As a teenager, one of my responses to this violence was to start writing poetry. There was a poet named Tom Crawford who lived up the coast. He was a recluse of sorts. A drinker. And he would stop by our house from time to time, usually just as we were sitting down for dinner. We’d set another plate at the table, and then he and my dad would drink, and tell stories, and argue. I would usually drift off to another room of the house. But one evening as he was leaving, I screwed up my courage and handed him a pile of poems and asked him if he would read them. A few days later, he asked me to come to his house to talk. There was my stack of poems covered with red ink. We talked about a few details, and words. And then he set the poems aside and he was quiet for a few moments. Then he told me something no one had ever told me before. He told me I was born into a state of exile, that this wasn’t easy because my sense of home would likely be very different from what I expected. I didn’t have the capacity to understand what he was saying. It would take me years before that observation would really make any sense to me at all. Tom didn’t have any advice for me, at least that I could hear. Instead he handed me two books: Residence on Earth by Pablo Neruda, and Things I Didn’t Know I Loved by Nazim Hikmet. He felt these two writers, who had both experienced intense political exile, might resonate with my own budding interests in justice and human plights. I read them both. The next time Tom came to our house, I handed them back to him. “No, no, you keep them,” he said. “Read them again.” A few months later, I left for college and I took those two books with me. When I returned home the next summer, I went and found Tom and told him I was going study in China. He said, “Well, there’s another book I should give you.” And he handed me a bi-lingual copy of Ai Qing’s Selected Poems. Ai Qing is one of China’s most famous 20th century poets, a revolutionary poet who was a great friend of Neruda, and also suffered terribly from the political turmoil of his time. I took all three of these books with me.

When I enrolled at Nanjing University, I showed my Ai Qing book to my Chinese teacher and told her I wanted to study his poems. I still remember the look of astonishment on her face, a young American student wanting to learn Chinese by reading Ai Qing. Each week she and I read one poem. Ai Qing’s language is very simple and direct, the images very easy to grasp, I think we were both amazed at how accessible these poems were and how effective they were in my Chinese studies.

When we read a poem, we are also reading that person’s heart as shaped by the conditions in which they live. One could argue the entire universe exists in each poem, and when we read that poem we are shaped by its logic, it starts to grow within us. So I planted a field of Ai Qing poems in my heart at age 19. The seeds were given to me by Tom.

In the years that followed I rarely saw Tom, just a few times when I came back to the coast. But then last year something rather astounding happened. Ai Qing’s son—the artist, human rights activist, and blogger Ai Weiwei—invited me to Berlin to interview him. We spoke a great length about exile, especially the condition of internal exile. I felt as though we were extending that conversation Tom had attempted with me so long ago. And then Weiwei and I travelled together to Prague. On our way back, we rode the Prague-Berlin train, which is the train line Hikmet was riding when he wrote his great poem “Things I Didn’t Know I Loved.” I read the poem right there with the same landscape rushing past. And when I returned to my hotel that evening, I received notice that Tom had suffered a major heart attack.

All of these seemingly disparate elements of our world are not independent; they are interdependent, not a single one can be taken away. Some are directly causal. Others exist as buttresses holding it all in place. Others seem to exist in some form of vibratory reality beyond comprehension. When a forest is cut down, it creates a set of conditions that are unalterable. What we choose to do with those conditions is how we foster our humanity, for good or for bad. Tom, as a poet and humanist, tended to this reality, shed light on our conditions, reveled in it in really admirable ways. At the edge of a clear cut on the Oregon Coast thirty years ago, Tom Crawford gave me a book. That action not only changed my life, it became part of me and part of Tom. Something invisible grew from that act. One of Ai Qing’s poems in that book speaks to this mystery. And I read my translation of this poem to you in closing. My deepest love to Tom’s family and to all of you. May our roots continue to interweave.

One tree, another tree—

each towering and motionless,

each standing alone from the others—

the wind and air

tell of their distance apart.

But enshrouded within the earth,

the trees’ roots stretch out

through the invisible depths

where their finest tendrils braid together.

Naturalist – or Alchemist?
Essay by Richard Barnhart
A Eulogy for Mark Anderson
Not Yet Not Yet Complete
An Interview with Ai Weiwei in China Heritage
2019 NEA Literature Translation Fellowship
To translate the poetry of Tsering Woeser
Ian Boyden, Ch'ung-ho, Peach Blossom Fish
Embryonic Stars: The Books of Ian Boyden
Suyama Space | 1998–2017
A catalogue of a visionary installation space in Seattle, curated by Beth Sellars
basalt: a journal of fine and literary arts