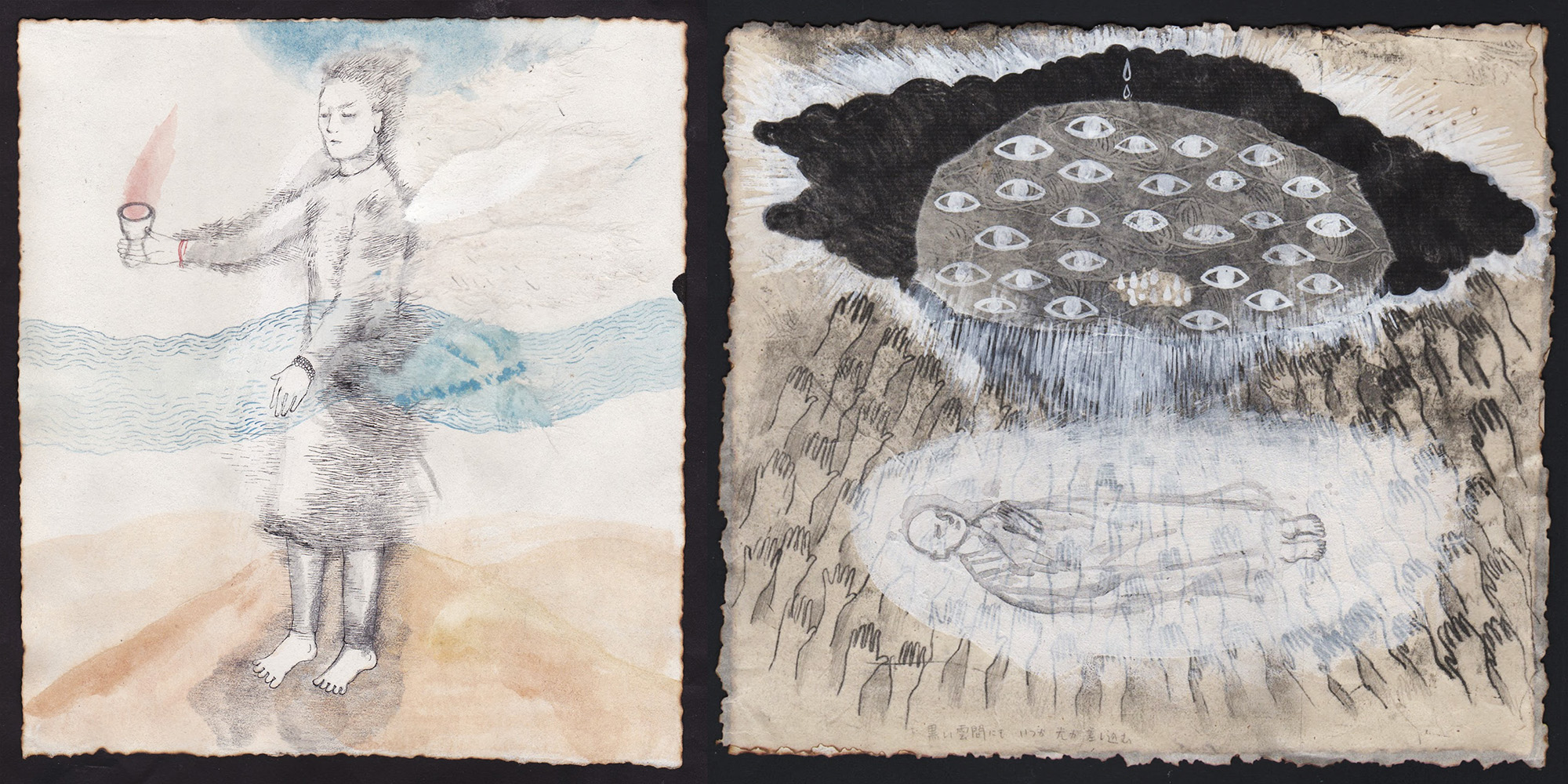 Flames of the Homeland

Two images by Tomoyo Ihaya. To the left, a painting For Pema Gyaltsen, 24 yrs old, who self immolated in Nyarong, Kham, Tibet on March 18 2017. To the right, a painting for Wangchuk Tseten, a 30 yrs old nomad, who self immolated on April 15th in Gump County, Kardze , Kham, Tibet. You can see more of her paintings here: http://tomoyoihaya.blogspot.com/

[This poem was originally published by Radio Free Asia on April 2, 2017.]

Flames of the Homeland

The sweeping winds are long in coming,

and dust-filled air obscures a flame

From where I sit, my view is limited,

the flame bright then dark. But even if I were nearby

I couldn’t approach it.

To behold such a sight

would break my heart.

by an invisible hand.

in the din of harsh and alien accents.

Even more pillaging and unstoppable negotiations.

This world of dust, a story

From where I sit

on the twenty-first floor of a highrise,

it is as though I’ve placed myself

in a perilous frame

of the twenty-first century.

No need to distance myself.

The flames are almost within reach

Outside the window, the poison air

No wonder all the living creatures

of this country rot

I bow my head to record

that spark suddenly and extinguish suddenly.

One by one by one, one hundred fifty-

But there’s not a sound to be heard.

I think of the poet Pasternak,[2]

who wrote “dipping my pen into ink,

I can not help

And I also see this:

[1] The flames in this poem are the flames of Tibetan self-immolators. Since 2008, a wave of self-immolation has swept across Tibet, to date 152 individuals have burned themselves alive, many of them Buddhist monks. The majority of these self-immolations have been expressions of political protest against China’s occupation of Tibet, as well as its oppression and systematic destruction of Tibetan culture. Woeser discusses this topic in her extraordinary book Tibet on Fire (Verso Books, 2016).

[2] This line is from Boris Pasternak’s poem “February” written in 1912. There are many translations of this poem into English, however, they are all quite different from how the poem was rendered in Chinese. So, to this end, I have translated the Chinese translation of this poem, as it carries a tone not present in English translations made directly from the original Russian.