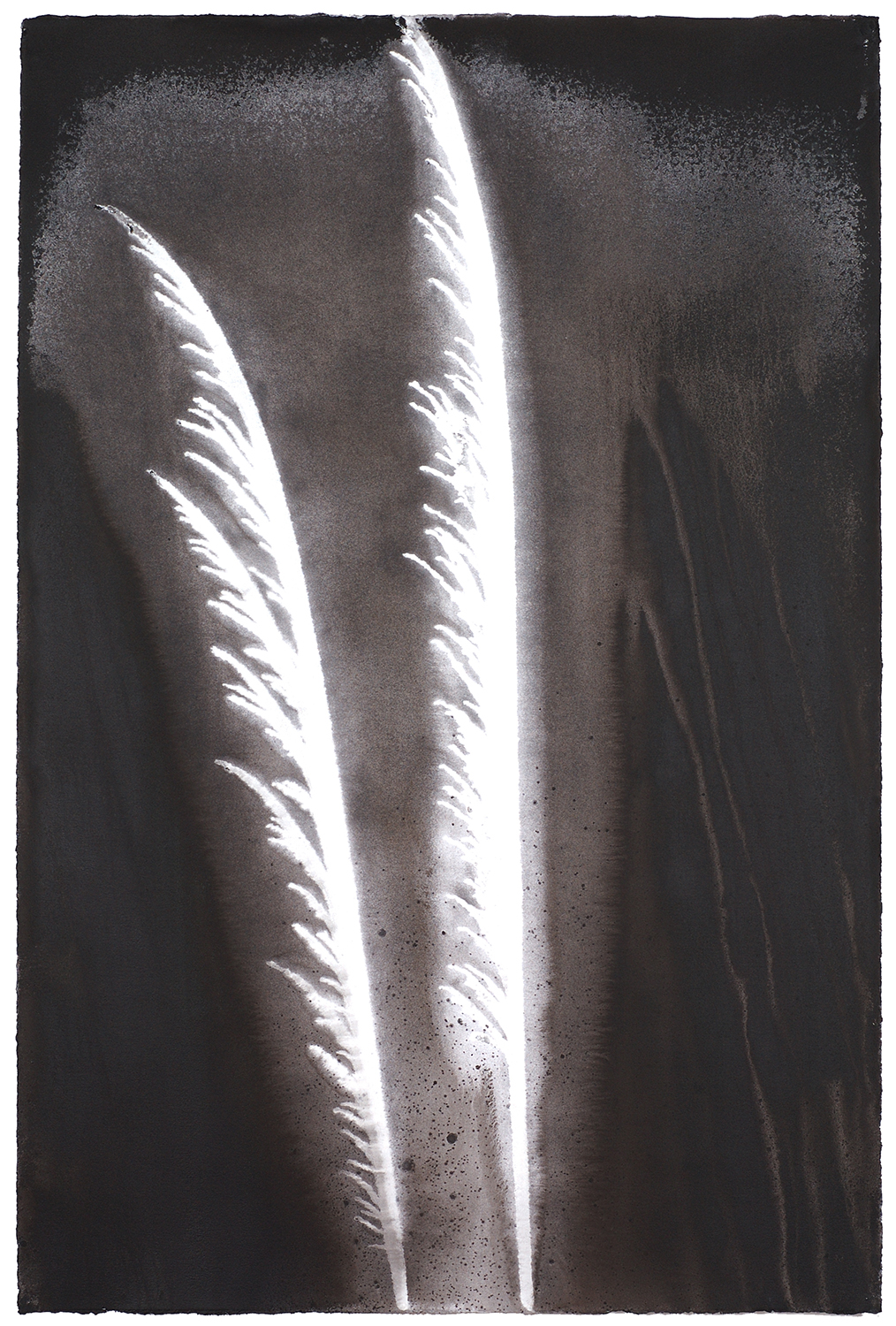 In the process of making inks I perform many tests.  One of these involves pouring the ink across  a piece of paper to see how it flows, the rate at which pigments precipitate, and the relative viscosities of binders and other ingredients.  I write various observations on these experiments and pin them to a wall for reference.  One day I looked at this wall of notes and, to my delight, realized that the poured forms of these tests looked like feathers.  I had unwittingly forged a delightful statement regarding the imagination.  The French philosopher Gaston Bachelard noted that “the dynamic imagination puts seemingly unrelated objects into the same motion.”  On this wall I had given stones—the motionless denizens of the earth—the agency of weightlessness and flight.  The earth, in the form of feathers, was being given back to the sky.

Echoes of Earth
An exploration of the concept of terroir, a French word that means “a quality of earth.”
Squaring the Circle
Timothy Ely and I painted into an ancient mathematical question.
Meditations on the Breath of Trees
A tree is more than a reach of branches roots. A tree is an object of breath.
Meteorite-Chan
The most elementally complex pigment ever put to paper.
Eccentric Orbit: Higgs Boson
Ensos painted with inks made with pigments derived from meteorites.