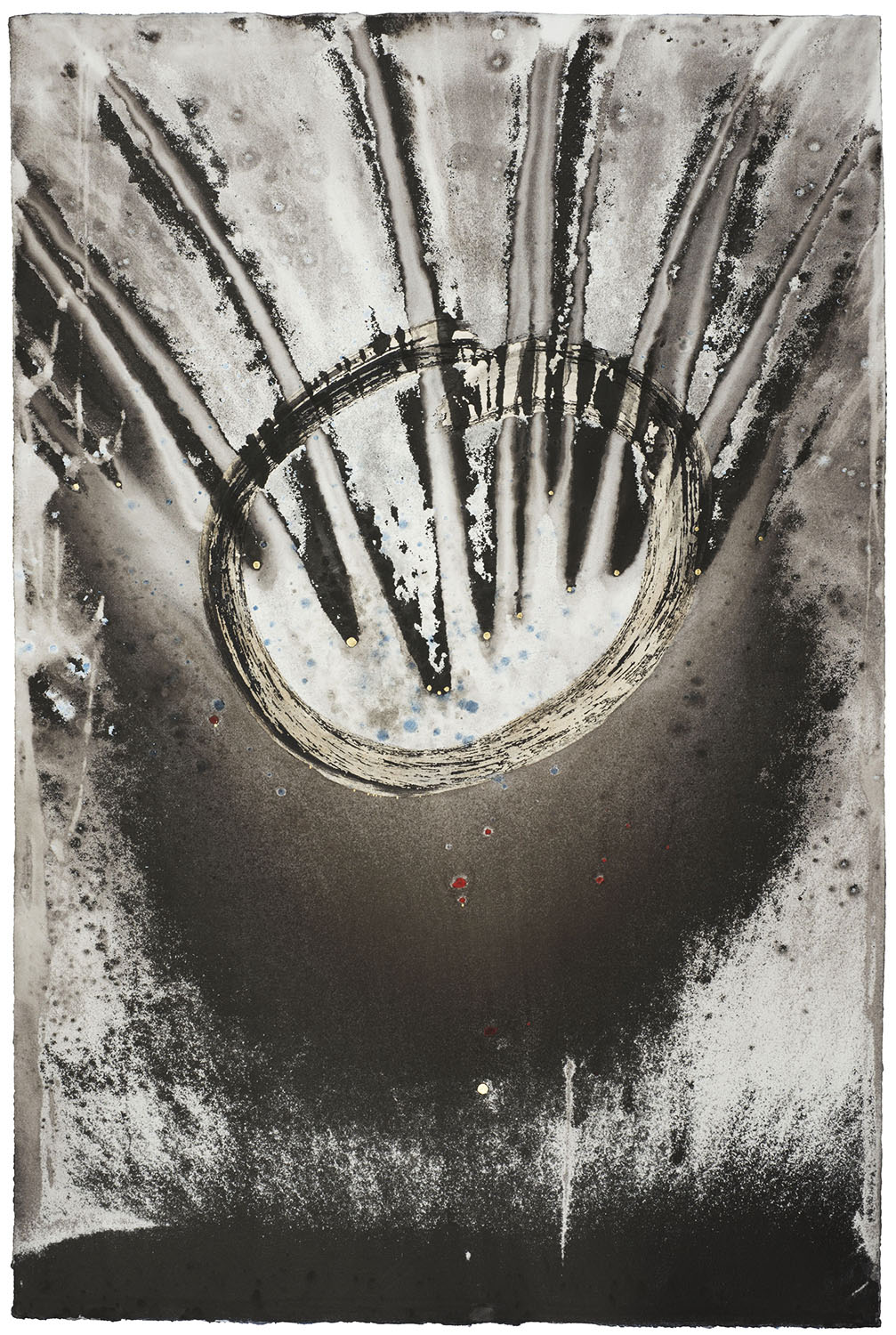 Among other things, I have been contemplating orbits.  When working with pigments derived from meteorites, all decisions effortlessly correspond with the solar system and the cosmos beyond.

Much has been written about the spiritual and political dramas caused by the shift in cosmological view from a geocentric to a heliocentric view of the universe.  We tend to fixate on the center, on finding that spot of stasis, and granting this position massive significance.  Our overwhelming centrophilia too often eclipses celebration of the orbiters—their nuances and implications. We are in orbit! We are orbiters, spinning on a skewed axis, wobbling ever so slightly.

Most diagrams of our planets map their orbits around the sun as circular or slightly elliptical.  I am fonder of the orbits of our asteroids and comets whose orbits are particularly eccentric.  The more eccentric the orbit, the greater the chance of collision with other solar system bodies.  The very reason stones “fall from the sky” is because the orbit of that original object was eccentric, and that eccentricity led it to collide with the orbit of the Earth.

I really love to paint circles.  For many years, that act has generally been shaped by my imagining my body as a form of compass.  One day, after having made several circles, I thought, “I am actually not a compass!” and I thereby entered into a new epiphanal realm.  I was using a gigantic brush loaded with a paint made from oxides derived from meteorite filings.  With this brush, I was making circles that required the use of my entire arm, circles driven by my shoulder, in which the brush orbited an invisible center defined by the shoulder joint.  I decided to make a circle that listened to the contours of the ball of the humerus where it fits socket of the shoulder.  Disengaging my eyes, I proceeded to paint, listening/feeling intently to the relative pull of muscles around this joint.  What appeared was an eccentric enso (the archetypal circle of Zen) that twisted through space.  I saw in this enso the eccentric orbit that had led the meteorite to collide with Earth and ultimately to becoming a pigment in one of my brushes.

Echoes of Earth
An exploration of the concept of terroir, a French word that means “a quality of earth.”
Squaring the Circle
Timothy Ely and I painted into an ancient mathematical question.
Alchemical Feathers
There are times when minerals themselves wish to take flight.
Meditations on the Breath of Trees
A tree is more than a reach of branches roots. A tree is an object of breath.
Meteorite-Chan
The most elementally complex pigment ever put to paper.