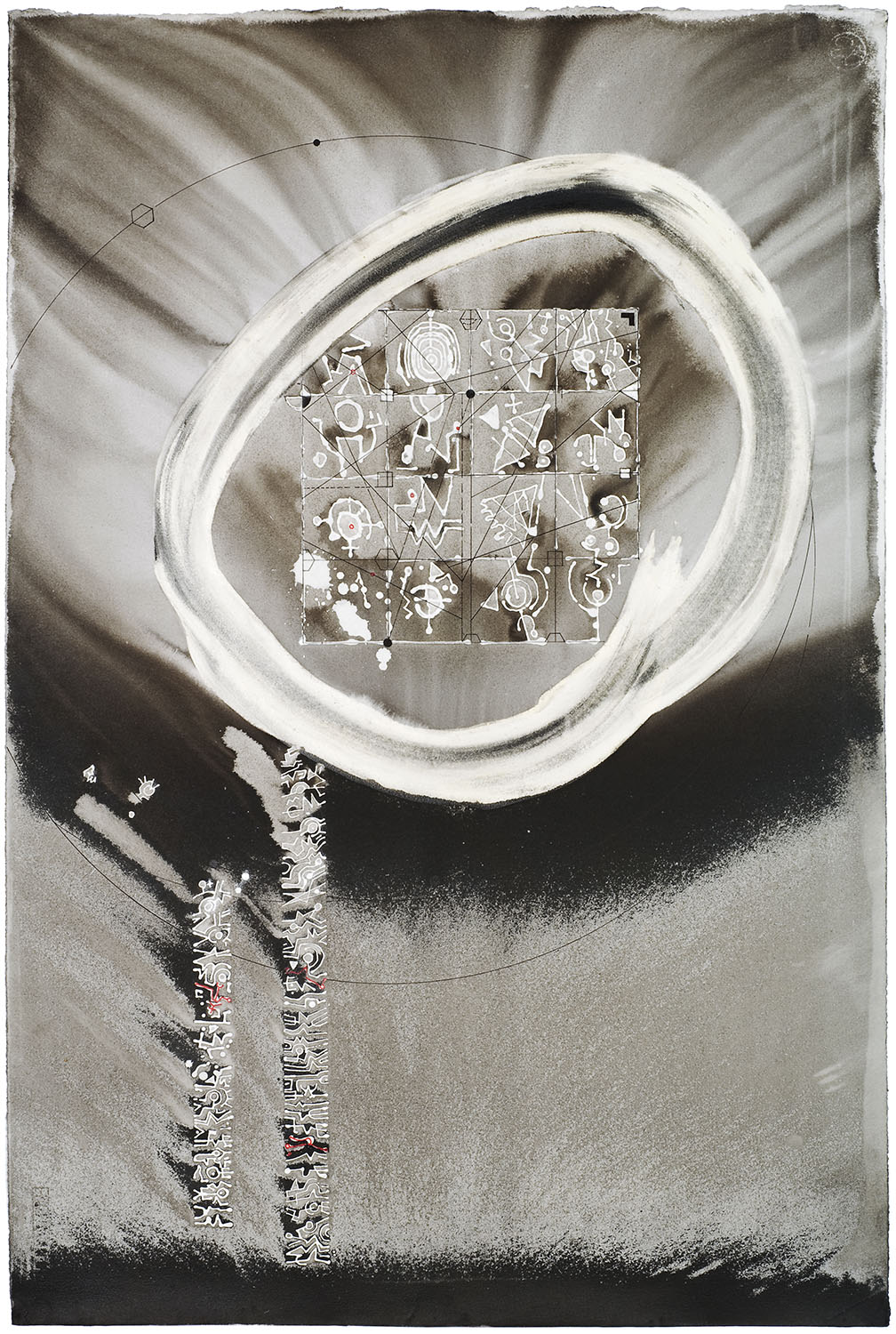 One day, I tied several brushes together and made giant ensos until the entire floor of my studio was completely covered in paper.  I was exuberant; the ground was littered with percolations of the void.  I called Tim, but then I realized that all I could tell him was that I had tied brushes together and had made a bunch of marks.  After these marks dried, I selected about ten of my favorite ensos and sent them to him—one was not enough. Then, it was Tim's turn to be exuberant. We worked back and forth.  When we were finished, we found that several of them were visual manifestations of the classic mathematical question of squaring the circle (this is a question of producing a square and a circle that have either the same area or the same circumference using only a protractor and straightedge).  To most questions there are processes by which one can arrive at an answer. Typically process is associated with the expectation of resolution.  However, squaring the circle has no resolution.  In fact, the search of its resolution is allied with the patient calculation of π, and the recognition of a class of numbers that are known as transcendental numbers. One of the reasons that Tim and I love to paint is that physical marks often shed light on the non-physical.  These are processes that are specifically set up to shed light on the ineffable. The series, titled Squaring the Circle, provides a rather intriguing response to this ancient question.

Echoes of Earth
An exploration of the concept of terroir, a French word that means “a quality of earth.”
Alchemical Feathers
There are times when minerals themselves wish to take flight.
Meditations on the Breath of Trees
A tree is more than a reach of branches roots. A tree is an object of breath.
Meteorite-Chan
The most elementally complex pigment ever put to paper.
Eccentric Orbit: Higgs Boson
Ensos painted with inks made with pigments derived from meteorites.