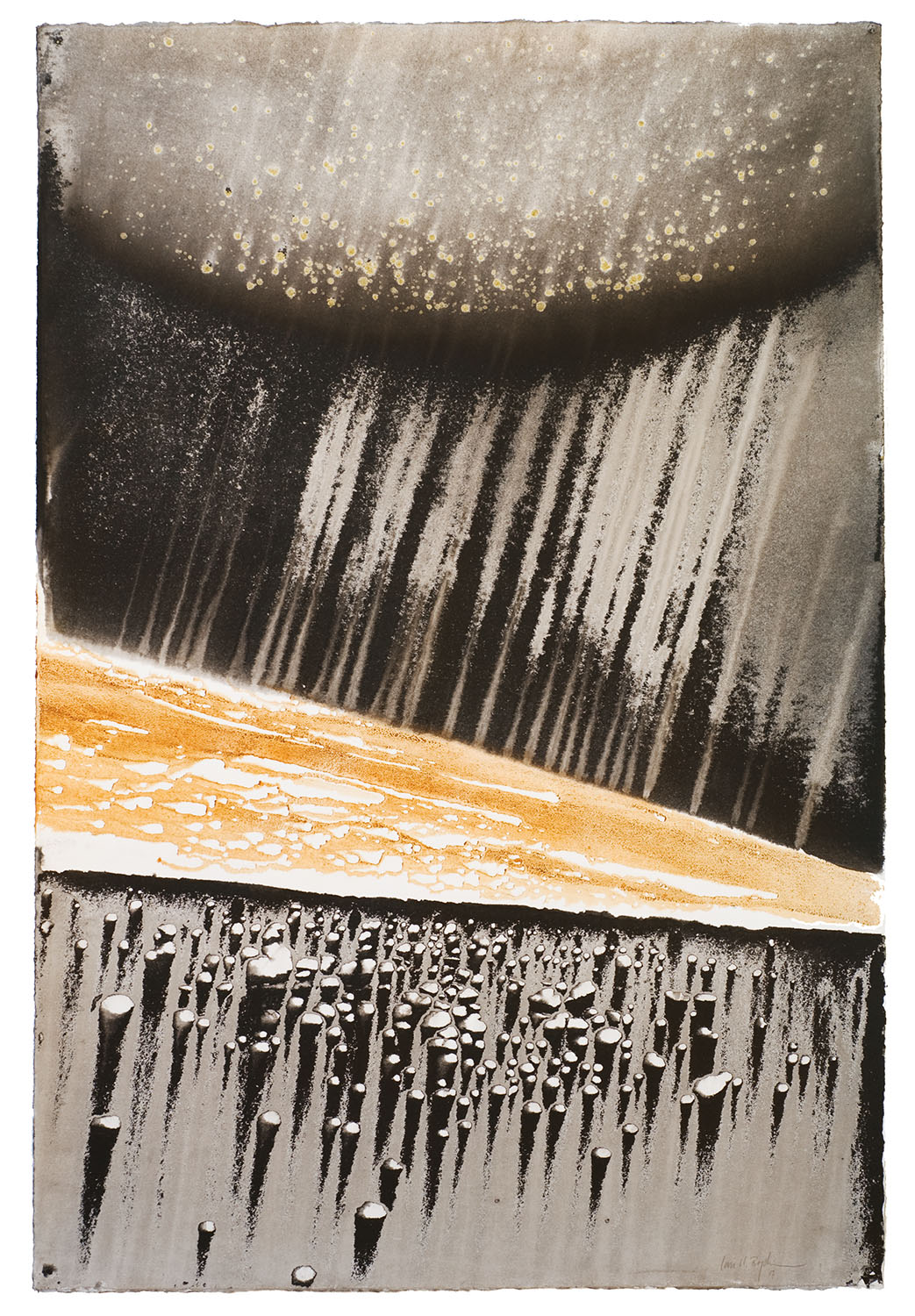 For several years I lived  outside of Walla Walla, Washington, an area which has become famous for its wine production, especially fine artisan wines.  I have had the unusual opportunity of talking at length with winemakers about their art. To my surprise, I found some rather remarkable parallels between their practice and my own searches for pigments and painting practice.  My series Echoes of Earth, reflects an exploration of the concept of terroir, a French word that means quite literally “earth.”  A great wine is said to exhibit terroir; that is, it reflects a discrete set of geological, climatic, and cultural characteristics that make a certain winemaking region unique.  What I came to love about this term is that it is unrelentingly philosophical—calling for a deliberate form of habitation and practice, for a meditative relationship to the earth and its cycles, for evocation rather than determination. Unlike specific descriptors such as vintage and variety, terroir is a form of translation: while it describes the land, it also calls forth the landscape—which means that it calls forth the ways that land is rendered by our imagination. And this is precisely what I am trying to do with my own search for pigments. I decided to translate the landscape of Eastern Washington as illuminated by terroir.  I collected stones and soils from many vineyards in Eastern Washington, and I ground them up for pigments for paints.  Next I took carbon derived from burning grapevines and made various inks.  And finally, I mixed these carbon inks with the wine itself.  I then studied the geology of Eastern Washington to learn what stories these pigments contained.  It was a dramatic story: one of catastrophic floods, of extraordinary volcanism, and of massive dust storms.  And with that I began to paint.The result was a series of paintings of and about wine and the act of drinking, about region and the history of place, about the earth and the essence of terrestrial matter. These are landscapes that examine the way they inhabit and are deformed by the imagination when their inception—their material formation—is directed by pigments made of the very materials that the paintings consider. Thus, they are tools for rendering the familiar unfamiliar and in so doing extracting dreams from the solid and concrete.

Squaring the Circle
Timothy Ely and I painted into an ancient mathematical question.
Alchemical Feathers
There are times when minerals themselves wish to take flight.
Meditations on the Breath of Trees
A tree is more than a reach of branches roots. A tree is an object of breath.
Meteorite-Chan
The most elementally complex pigment ever put to paper.
Eccentric Orbit: Higgs Boson
Ensos painted with inks made with pigments derived from meteorites.