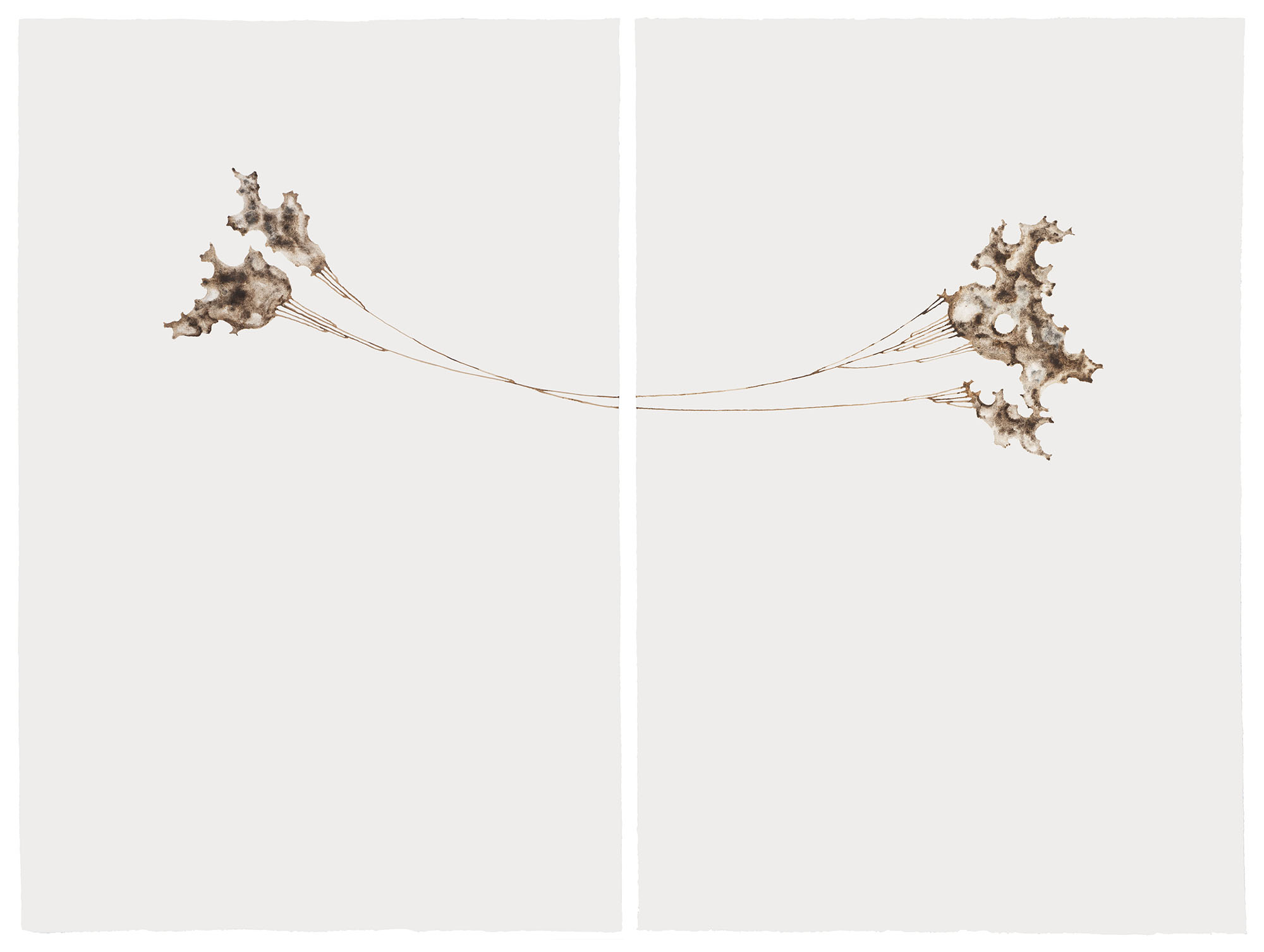 In Gansu Province, on one of the walls of Yulin Cave number 25, there is a painting depicting a sequence of images specifically intended as subjects of meditation (dhyana, or chán​). One of the meditation images is of ice, painted with malachite, and rendered as triangular crystals such as might form on the top of a pond in winter. I love this invitation to ponder something so familiar and so foreign—the slow transformation of liquid from one state to another. That this image rests in a cave in the middle of a vast desert where water is so scarce makes it that much more wonderful. We are fundamentally water mixed with a little earth, so why should these forces of transformation not work on us as well.

For my own part, meteorites have been the source of a similarly abstract meditation, with my mind returning again and again to the notion of gravity, as if the subject of my meditation were an invisible force rather than the object itself. The painting above is one of many paintings that have arisen from such meditations. It is painted with a pigment sourced from a chondrite, which is a type of meteorite that coalesced out of gaseous cloud of dust at the very beginning of our solar system. These are the first stones that formed in and gave birth to a new field of gravity that is our home. Most of them were swallowed up by the sun and planets long ago. But a few remain orbiting in the vast silence. But every once in a while, one will fall now to Earth in arc of fire. Then they experience a change of state, they become fire, they become an earthly stone, they become a painting.

One could argue that at the root of Buddhist doctrine is the quest for a change of state. And when I sit quietly, I can sometimes feel that shift take place with in me. When Chinese poets and artists such as Sikong Tu (司空圖, 837–908) and Dong Qichang (董其昌, 1555–1636) say they are searching for momentum, I believe the search they speak of is for the quality of momentum that sheds light on the inner mind.

Echoes of Earth
An exploration of the concept of terroir, a French word that means “a quality of earth.”
Squaring the Circle
Timothy Ely and I painted into an ancient mathematical question.
Alchemical Feathers
There are times when minerals themselves wish to take flight.
Meditations on the Breath of Trees
A tree is more than a reach of branches roots. A tree is an object of breath.
Eccentric Orbit: Higgs Boson
Ensos painted with inks made with pigments derived from meteorites.