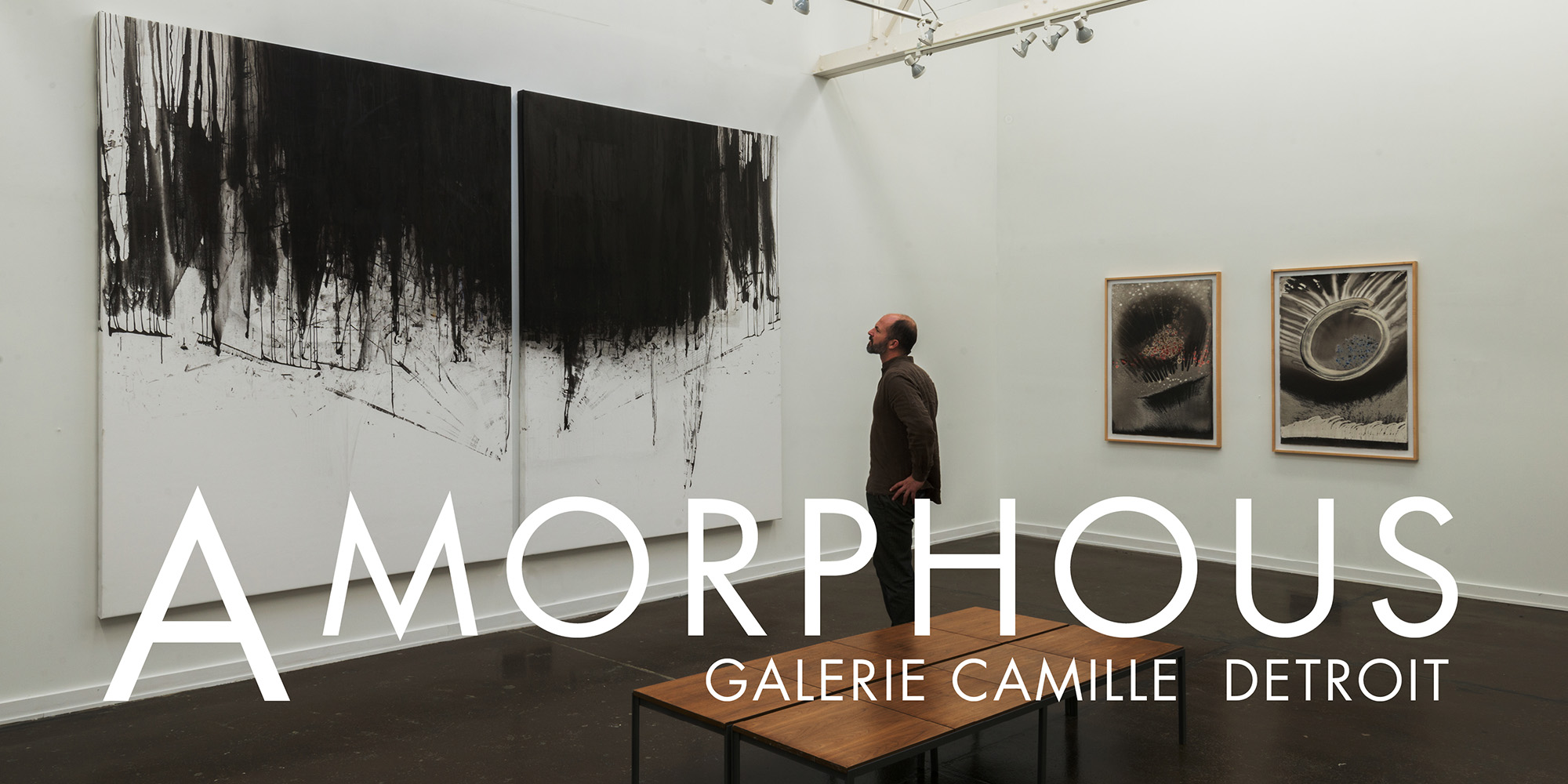 [UPDATE: Images from the exhibition can be seen here: https://www.ianboyden.com/posts/amorphous.]

Galerie Camille is excited to announce an exhibition of paintings by American artist Ian Boyden. In “Amorphous,” Boyden presents recent paintings made with amorphous carbon from a variety of sources: soot from the chimney of his house, the aftermath of catastrophic forest fires, ancient Chinese pine trees, as well as carbonaceous meteorites older than our sun. The paintings explore a wondrous variety of stories of carbon—from the element's birth in super-giant stars to inhabiting the breath of forests—allowing these stories to unfold as dynamic compositions. Describing these paintings, artist Timothy C. Ely writes: “If one works as Boyden does, with a goal of getting the self out of the way and allowing transcendent forms, ideas, and patterns to develop, an authentic art results that is vivid and present. This is art that breaks through to radiance.”

Ian Boyden works across multiple media including painting, sculpture, artist's books, photography, site-specific installations, and land art. Boyden's work has been described as simultaneously geological, industrial, lyrical, and mystical. Linking the literary, material, and visual imaginations, Boyden pays keen attention to the relationships between his work and ecological awareness. Consistent across his productions is an intense interest in material relevance, place-based thought, and ecology, with a deep awareness of East Asian aesthetics. He studied for several years in China and Japan, and ultimately received degrees in the History of Art from Wesleyan University and Yale University. His work is interdisciplinary, and he often collaborates with scientists, poets, composers, and other visual artists.His work has been exhibited widely, including a recent solo exhibition in China at the I.M Pei designed Suzhou Museum. His books and paintings are found in many public collections including Reed College, Stanford University, the Portland Art Museum, and the Victoria & Albert Museum. This is Boyden's first exhibition in Detroit.

[UPDATE: Images from the exhibition can be seen here: https://www.ianboyden.com/posts/amorphous.]